rTMS is a neurostimulation technique which uses electromagnetic energy to stimulate portions of the brain and the central nervous system to produce a beneficial health effect. It was approved for clinical use in Canada in 2002 and the United States in 2008. It is currently being used in many countries around the world to treat a wide variety of brain-based disorders.

At BrainStim Healthcare, rTMS treatment involves the use of a magnetic coil which is placed over specific parts of the head to stimulate brain underneath. It is important to note that the overall strength of the magnetic field is on par with or even slightly less than that used in a traditional MRI scan-the difference being that it is much more focused in rTMS. The direct electromagnetic effects at the rTMS coil translates to small electrical currents several centimetres beneath the skull's inner surface. The stimulation then should create downstream effects which change the way the nervous system functions and results in improvement of symptoms, without inducing a seizure.

The specific area selected for stimulation varies from person to person and is determined by the condition being treated and factors related to individual anatomy. Once identified, the region is stimulated with a series of electromagnetic pulses which either activate or inhibit local brain function. This activity does not appear to lead to cognitive (memory) impairments, and does not expose the client to the type of radiation like an x-ray or CT scan would. The client remains fully conscious during the treatment, and may choose to rest, meditate, listen to music or watch television. Each treatment session lasts about twenty minutes. A standard course of rTMS is typically administered five days per week for a total of twenty to thirty treatment sessions, although the number of treatment sessions and treatment durations can vary. A maintenance or continuation phase may be suggested afterwards.

Benefits to the client

Over the past 20 years, hundreds of studies have been published around the world demonstrating that rTMS can improve symptoms of clinical depression with fewer side effects or complications compared to standard medication treatment or electroconvulsive therapy (ECT). A growing number of studies have also shown that certain rTMS protocols have a pain-modulating effect and can used to treat migraine headaches and a number of neuropathic pain conditions including fibromyalgia. There is emerging evidence for a role of rTMS in the treatment of Post-Traumatic Stress Disorder (PTSD), and a number of other psychiatric and neurological conditions as well.

In general, rTMS might be best considered in situations where:

We see clients who are:

At this time, we see clients on referral who have been diagnosed by a medical doctor with one or more of the following conditions:

Once a written referral is received by BrainStim Healthcare from the client's medical doctor, a staff member will contact the client by telephone for a brief screening questionnaire to determine eligibility for further assessment. Following this, the client will come into the office for a comprehensive evaluation by one of the BrainStim psychiatrists, after which final eligibility and type/duration of treatment protocol will be decided.

There is no cost to the client for the initial assessment interview, as this portion is covered by the Medical Services Plan of British Columbia (MSP). The client will be given a full explanation of the potential risks and benefits of rTMS, and have an opportunity to ask questions and view additional information about the treatment. The cost for the proposed treatment protocol will also be discussed in detail, as the rTMS treatments themselves are NOT covered by MSP. A report of the assessment will be sent to the referring physician, and that medical doctor will remain the primary provider for all healthcare during the rTMS treatment course-not the BrainStim psychiatrist.

The client will be asked to complete certain self-report assessment scales before, during, and after the four to six week treatment process. Once accepted for treatment, the client will be scheduled for a brain-mapping session lasting 30 to 45 minutes in order to determine and finalize the specific treatment parameters for the rTMS device. Subsequent treatment visits to BrainStim Healthcare's office will be daily, Monday through Friday, for usually around 30 minutes. One of our trained technicians will apply the actual treatment during these visits, under close supervision of the rTMS psychiatrist who will be nearby. There will be formal weekly to bi-weekly direct assessments by the rTMS psychiatrist in order to check progress and monitor for challenges.

If the client is on psychiatric or pain medications, we usually ask that he or she remains on the same medicine and dosage throughout the rTMS treatment course. It is considered safe to drive a vehicle after treatment, unless a side effect occurs which necessitates staff to recommend not driving for a temporary period.

Risks and Side Effects of rTMS

The treatment of conditions such as clinical depression and Post-traumatic Stress Disorder (PTSD) can be challenging at the best of times. Beyond various types of psychotherapy, which is almost always indicated in complex psychiatric conditions if available, treatment has invariably involved more systemic or intrusive approaches such as medications or even electroconvulsive therapy (ECT).

Psychiatric medications for the most part have proven themselves over many decades to be safe and effective. However, they are not entirely without some controversy as many patients are prone to uncomfortable or intolerable systemic side effects, or belong to a population-such as children and adolescents-which studies show may respond to traditional treatments less robustly than adults.

For such patients and populations, a trial of TMS either in place of medications or for the purposes of augmenting medication treatment and thereby minimizing dosage increase may be an appropriate consideration. At BrainStim Healthcare, we have particular experience and expertise working with the older adult population but offer safe, evidence-informed TMS protocols to other special populations as well.

Transcranial Magnetic Stimulation has been studied in children and adolescents for over two decades and in a wide variety of clinical applications-including depression and anxiety, epilepsy, stroke and cerebral palsy, headache, and metabolic disease. It has been seen to be a safe and low-risk approach, with no significant adverse effects generally reported in the relevant literature.

There is a clear signal in the medical literature that traditional anti-depressant medications are less likely to be as effective for children and adolescents as they are for adults. Only very few such medications have been formally approved for this population, and most are prescribed "off-label". While considered safe overall, many newer anti-depressants have been linked to increased suicidal thoughts in adolescent patients and carry a warning from Health Canada to be vigilant to this rare but potentially serious issue.

At this point, we are treating adolescents sixteen and above with depressive mood conditions only, as these protocols are the most robustly developed and tested in this population.

Developing a severe depression during or immediately after pregnancy can be a devastating experience, and one that can put both mother and fetus/infant at heightened risk. Untreated depressive illness in a pregnant mother increases fetal exposure to stress hormones, and is associated with complications such as prematurity, low birth weight, and impairment of the all-important mother-child emotional bond. In almost all cases, assertive treatment of a severe depression during this time outweighs any side effects or increased risks brought on by the treatment itself.

This being said, it is the choice of many women to do everything they possibly can to minimize their babies’ exposure to medication and drug effects during pregnancy, and maximize their opportunity for safe breast-feeding afterwards. Although anti-depressant medications have been used safely during pregnancy for many years, their risk to fetal development is not zero-reflected in Health Canada’s warnings about the slight increased risk of both cardiac malformation and persistent pulmonary hypertension in babies exposed to SSRI’s for example.

Transcranial Magnetic Stimulation involves an electromagnet creating a brief electrical current in the outer layer of the brain-the cerebral cortex. The current itself is extremely focused, and can only directly influence a narrow cone of brain tissue up to a few centimetres beneath the skull. There are no generalized or systemic effects throughout the body, and no exposure to any type of medication or drug inherent in the treatment.

The literature pertaining to TMS and pregnancy is small compared to the overall body of knowledge of this treatment. However, on the basis of the current literature, TMS can be considered an effective treatment for depression during pregnancy, and has not been linked with any significant adverse effects, complications of pregnancy, congenital malformations, or early developmental delays in the children involved.

Given the relatively small size of the literature, using TMS in pregnancy still warrants careful consideration, and the potential risks and benefits discussed in detail and compared against those of other types of treatment and no treatment at all. For women and their families who have not found success with traditional medication treatment for depression during or immediately after pregnancy, or for those who for their own reasons have particular concerns about the use of drugs in pregnancy, BrainStim Healthcare offers an alternative.

Depression in late-life is unfortunately far more common than we would like it to be, impacting up to five percent of community-living patients and substantially more when medical complications are present. One of the particular challenges posed by this condition indeed revolves around the medical condition of the patient, and its impact on both the psychological and emotional realms as well as on brain function itself. Simply put, depressive conditions in the elderly population can be much more difficult to treat in terms of obtaining a good response, while maintaining a safe and tolerable side-effect profile in circumstances where multiple medical conditions and medications are in play.

These challenges have traditionally led to a greater use of electroconvulsive therapy (ECT) in the elderly population-a very effective treatment, but an intrusive one which requires a general anesthetic and generally requires admission to hospital. With TMS, there may now be an effective and easier alternative.

Like with other special populations, the medical literature pertaining to TMS in the depressed elderly is relatively modest in size but again suggests that the treatment is safe and can be quite effective. It appears in this group that slightly longer treatment protocols are required for the best response. Minimizing the use of medications when there are already multiple prescriptions and medical conditions would be one good reason to consider a trial of TMS in this important population. 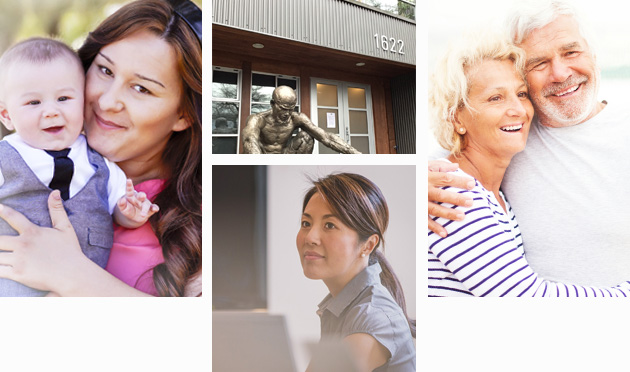